A Mosaic of LA Voices

One of our largest Day of Action efforts occurred in (not surprisingly) one of the largest counties: Los Angeles. Droves of supporters poured into the Mid-City LA office throughout the day to get out the vote for Jerry. Some of the volunteers were nice enough to share their thoughts about the whole experience with me. Here’s what they had to say...

Adam Swart, UCLA Campus Coordinator: We had a great time! My favorite part was a live band that played an original song about Jerry Brown. I feel like this event really got people more pumped up about the campaign. I was great meeting all of the other awesome volunteers in person! We're psyched for next week, and we're especially looking forward to Friday's rally with President Clinton (and phone-banking beforehand). President Clinton (and phone-banking beforehand). 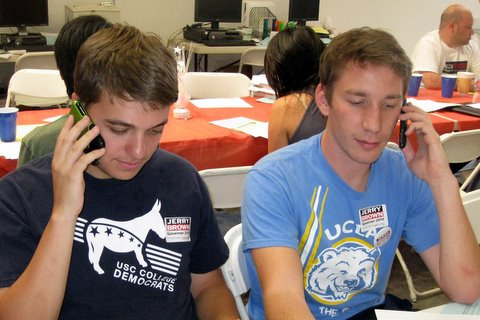 James Park: The Day of Action in Los Angeles County comprised a diverse ethnic community much like the state of California, and it was great to see people coming together to support a candidate they viewed as best leading the state out of its downturn. It was definitely a great sight to see USC & UCLA students staffing the phone lines, sitting at the same table, side-by-side. Guest speakers we had from the state and national Democratic Party were inspiring. I left the day feeling that the campaign was in a good position, but I also believe that a sprint towards the finish is the best way to assure a victory. March On!!! 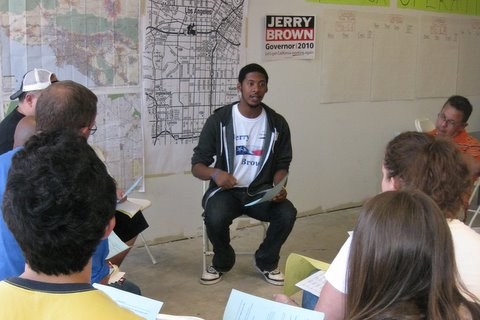 Josh Zetlin: To me, the Day of Action offered a strong example of the dedication people feel towards Jerry Brown. I felt proud knowing tons of supporters joined me in donating a precious Saturday to Jerry's campaign. Even though I had to drag myself out of bed shortly after sunrise, I never once felt tired. The energy of the event and the crowd motivated me to work all day long... And I know everyone else there felt the same way. From the moment the day started, I noticed a strong sense of community amongst the volunteers. People of all ages, from countless backgrounds, shared the common bond of supporting Jerry Brown's vision for the state of California! I truly believe that grassroots efforts like our Day of Action will help Jerry prevail in November, regardless of how much money Meg Whitman throws into her campaign. 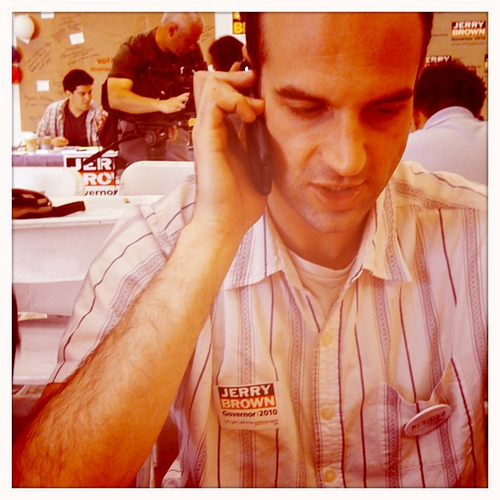 Wil G: I was really struck by one phone bank volunteer's reason for supporting Jerry. She said she was a retired nurse, and during Jerry's first governorship she was working at a clinic focused on needy populations. She spoke of how Jerry personally showed up at the clinic in his Plymouth, and she was struck by his direct involvement in serving those most in need of help. She had driven across town from marathon training in the early morning to volunteer at the phone bank. I also was impressed by the high school students coming to make calls; I certainly was not that engaged when I was a teenager. I think it says something that as venerable a figure in California politics as Jerry can get California high school students to call on his behalf.

Joe Cislowski, LA County Coordinator: The Day of Action was a great success! Here in Los Angeles County, many of us gathered together at the Mid-Los Angeles California Democratic Party Coordinated Campaign Headquarters on Washington and Western. The Coordinators there, Brandon Gassaway and Rani Woods, were extremely well-organized and made us all feel right at home. The highlight of my day? My cell phone rang, and I answered it with the usual, “Hello, this is Joe.” The response was, “Hello, this is Jerry.” Our candidate was taking valuable time away from his debate preparations to thank a volunteer! I quickly switched on my phone’s speaker, pulled together all the busy troops into one room, and instead of thanking one volunteer, he had the chance to express his appreciation to hundreds of us. What a morale boost! My hope is that he was equally encouraged by the thunderous “We love you Jerry” cheer he got from the enthusiastic volunteers. The huge outpouring of volunteers to our Day of Action event is clear evidence that the momentum is with Jerry Brown. But we can’t rest now. Please take a moment to find your own local Democratic Headquarters, and get on the phones or go door-to-door to help ensure Jerry Brown’s victory on November 2!